Legos are one of the best toys ever created. They bring us into their little world that has almost everything the real one has. The secret is that they are actually toys but can be used for much more than just playing. The story of Lego goes 64 year back and puts us in Billund, Denmark. A man called Ole Kirk Christiansen created first well known brick. The brick was made of wood and the name he chose for it was Lego which comes from the phrase leg godt, which means play well. Ole wasn´t aware that, what he just created will become the favorite toy for children and many adults.

There are some extraordinary facts about the Lego:

The Lego bricks are used by many adults. Larry Page and Sergey Brin used them to support the hard drives while developing a well-known product; one that we know today as Google. As the time passed, many engineers decided to combine Lego with the latest technology. Thanks to them, today we have Lego trains and robots that can be controlled remotely. That achievement made Lego interesting for almost anyone and changed the way we look at playing with it. There are numerous sets that people can buy, and are always theme based. Some of them are: ancient Egypt, Wild West, adventure, fishing, sea world, space, Star wars… But the secret behind every Lego is that it doesn´t matter what it was originally designed to be. Your imagination is the only limit in thinking about the story and combining the parts in all the different ways you want.

What made Lego wonderful in the last few years are the ways people managed to combine the blocks to make some familiar and, most importantly, real size objects. 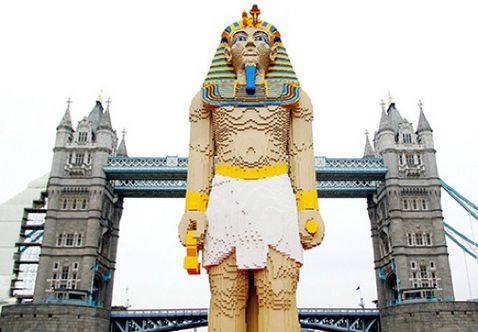 One of the biggest Lego objects ever build is the replica of Egyptian king. It is 16-foot tall and it weighs more than a ton. It was the biggest Lego structure until last month when a well-known Star wars spaceship beat it almost 20 times in weight. 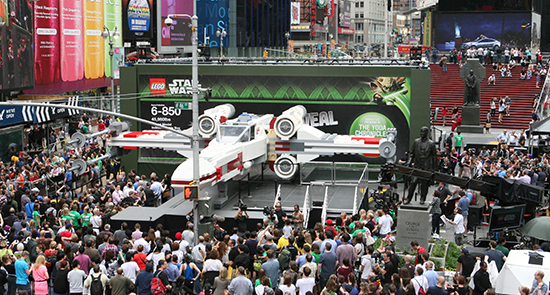 The previously mentioned spaceship is the biggest Lego creation ever. It took 32 people 170.000 hours to build it and the fact that it was revealed in the middle of New York says it all about how big and important that little ship is. Maybe once the technology goes further away in its capabilities, we may even be able to fly it. 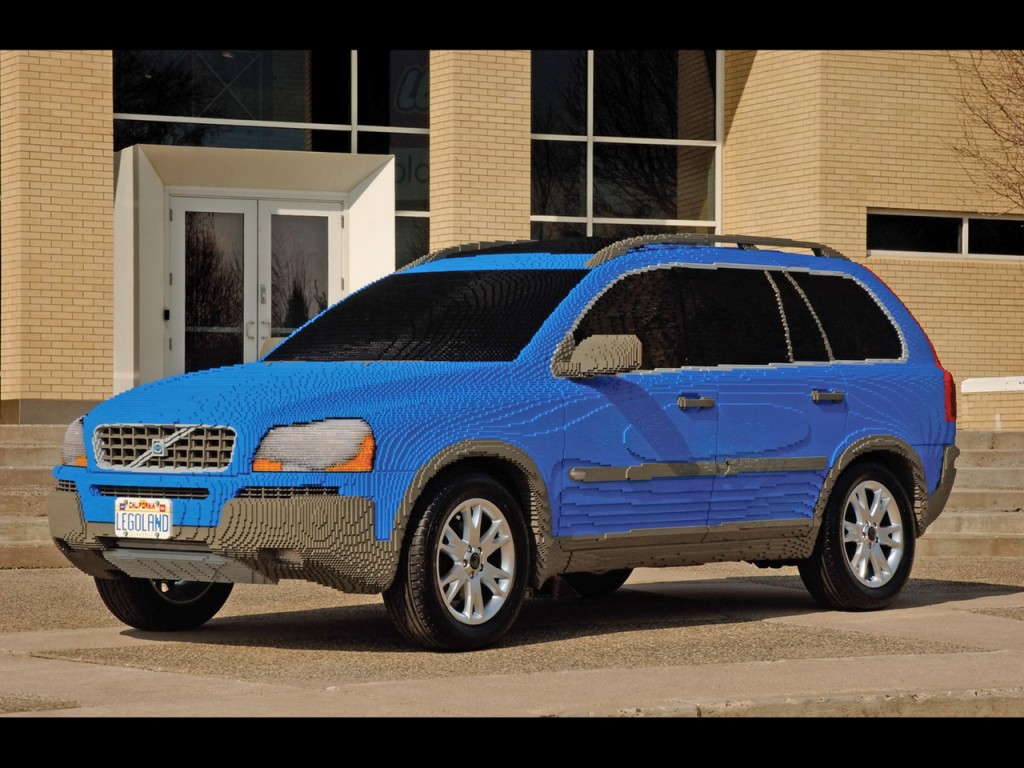 A smaller version of a beautiful Lego vehicle is a full size Volvo XC90. It was created as a campaign for the safety driving and of course publicity for the Volvo company. There are 1, 3 million annual visitors that just want to see how a real size Lego car looks like. The creators said it was one of the three biggest projects they ever had and the biggest Lego sculpture they ever made. 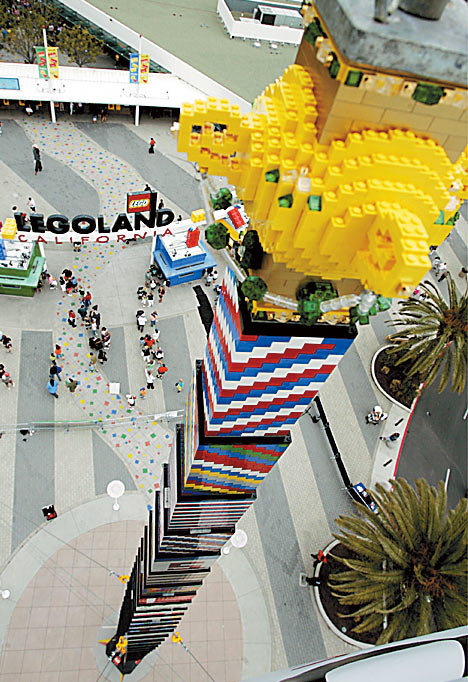 LegoLand in California features the tallest Lego building ever. It is 93. 3 ft.-high pirate tower made with 465.000 bricks. It´s purpose was to show people that there is no real limit in building with Lego. The tower is the proof that the little bricks are just as good in building as a real brick. 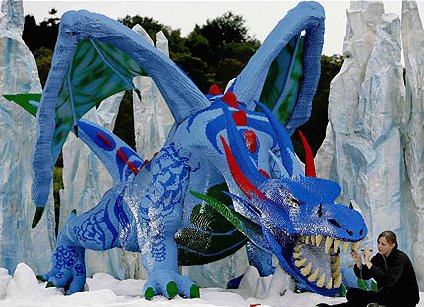 Katie Aldred spent 2.200 hours building a real size Lego dragon. Well, we can just assume it is the real size, since no one actually has ever seen one. Because of the organic shape, they say it is the most complex and best Lego sculpture made in the history. 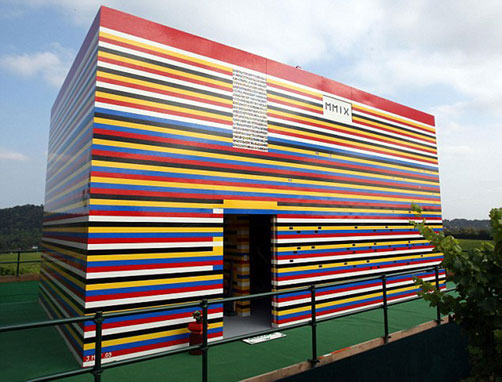 There is a guy who actually build a Lego house. It is two-storey house with a working toilet, a shower and, as the builder of the house says, one very uncomfortable bed. Unfortunately many problems started after finishing the house. The land owner where the house was build wanted the land back; LegoLand couldn´t afford to move the structure because the creators didn´t consult with professional Lego builders. Because of that, it couldn´t be dismantled and transferred to LegoLand. After some time, the house got destroyed and ended its short life as the first real size Lego structure you could live in. And if I may say, the coolest thing anyone ever build using the Lego.