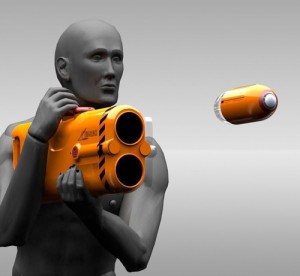 Brace yourself – this invention is a bazooka that shoots big bullets to save people from drowning ! Unless you hit the person in the head with the it, the bullet expands into a floating buoyancy aid 40 times its original size when it hits the water. The funny thing is that, the mechanism uses actual mechanism used in bazookas. Well, it must work well enough that the guy who invented it received 10,000 pounds grant from his former school, University of New South Wales. Talk about them Australians.

You don’t cool your entire house, you don’t cool your bedroom either. Neither you heat it up in the winter. What do you do ? Instead, you shove the hose of this thing in between your bed sheets, and it does the trick for you. Yeah – it blows hot or cool air in between your bed sheets. But it isn’t smart, so it cannot regulate the temperature. So it’s either hot, or cold air. But don’t worry – it has an auto shut-off feature. It must work well enough that it is an actual gadget, sold from around $250. 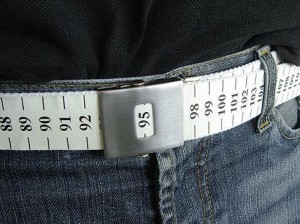 Now this one is handy ! With the weight watch belt, you will always know where you stand in regard to the flabby-floppies. It’s an actual measuring meter used as a belt, making you look cool or dumb depending on how hipster the environment you are in. All in all, it doesn’t look so bad at all. 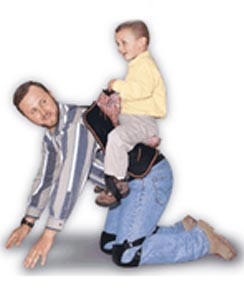 You thought you weren’t crazy enough ? Well, with the daddle, you can go all out bananas and let the neighborhood know it. This is a man-saddle that will allow your kid to ride you to the sunset. That is, if mental health department doesn’t get to you first. Could be a lot fun for the kid though – if s/he doesn’t fall down.

If you’re going bananas, you should do it with the family. Now while you are horsing around with ‘The Daddle’ with one of your kids on your back, your wife can have your other kid in the Baby Carrying Jacket. Aka “I have an alien ripping out of my chest”. This way, it can be forever Halloween in your neighborhood – at least for you guys alone. 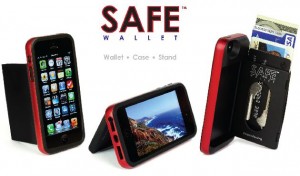 Do you always seem to forget your wallet but never you iPhone? Then this really cool invention is your knight in shining amour. This new invention enables you to protect your iPhone from breakages plus store your credit and debit cards in the same case. Talk of killing two birds with the same stone. The flip side of this awesome invention is that a thief won’t waste his/her time asking where you keep your money should he or she rob your iPhone. 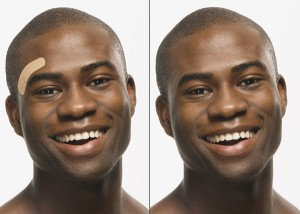 Picture this, you go out for a drinking spree with your buddies, after several bottles of alcohol you feel like goliath, thinking you can beat the hell out of anyone in the club. The next thing you know you are in a fight with some random guy who plants jabs in your head like he is mining gold from your poor head. Fast forward to the next morning, you wake up with multiple cuts on your head and to make the matters worse you have to report to work! You cannot help but wonder how you will show up in your office with bandages all over your face! Don’t you fret as chameleon bandage-aid is at your aid (pun not intended). This cool invention actually changes color to your skin tone. 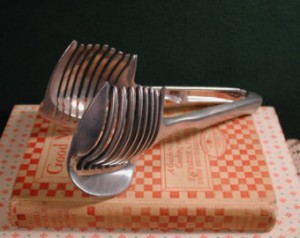 This is probably one of the coolest inventions that will make all the bachelors out there smile with a sigh of relief. You no longer have to curse every time you try to slice your tomatoes, something that makes you come up with tomato shapes that have no words to describe them. All you need to do is hold the fruit or vegetable you want to slice, in the Fruit and Vegetable Holder and slowly cut them using the columns the Fruit and Vegetable holder guides you through.

Multitasking and men are not best of friends especially if the man is having a beer on his hand. But thanks to the belt buckle beer holder now men can multitask! Or at least scratch their backs when they are still drinking. This really cool device offers beer lovers the comfort of placing their beer on their belt especially if they are drinking outside and there is no table in sight to place their beloved bottle when they want to attend to other matters like cheering their squad.