Weird tattoo ideas are something you don´t choose lightly. They should pass some time from having an idea to the actual ink in the skin. The reason is very simple. Once you decide to pierce your skin and put the ink in, it generally doesn’t come out anymore. To be honest, there is a method that will hurt much more than the tattooing process and cost couple of times more, and you will be free of the picture. But I don´t recommend it. If you have decided on something horrible and just wrong, don´t despair. You can always become a part of some funny article.

These are not the places for Bizarre Tattoos

There are some rules where not to put the bizarre tattoos. Face is one of them. If you decide to put something there, let it be a little star or a butterfly not a… what is that? 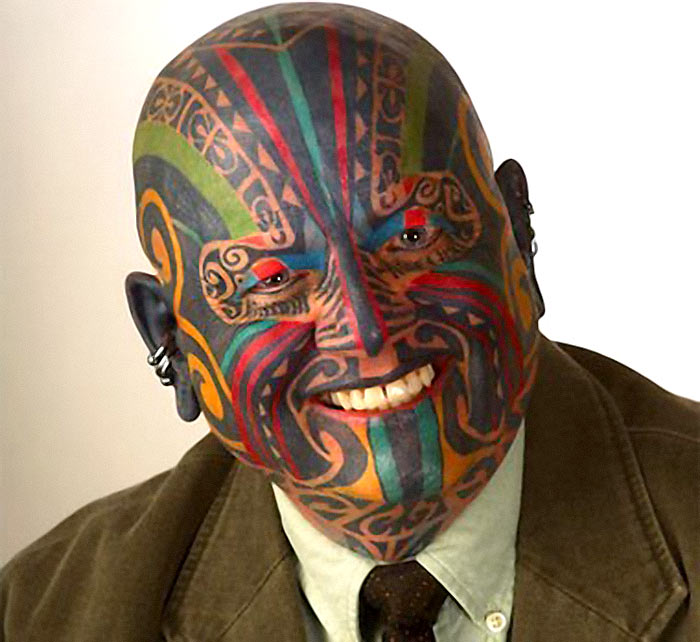 The limit of stars I mentioned is one. I will say it again – ONE. 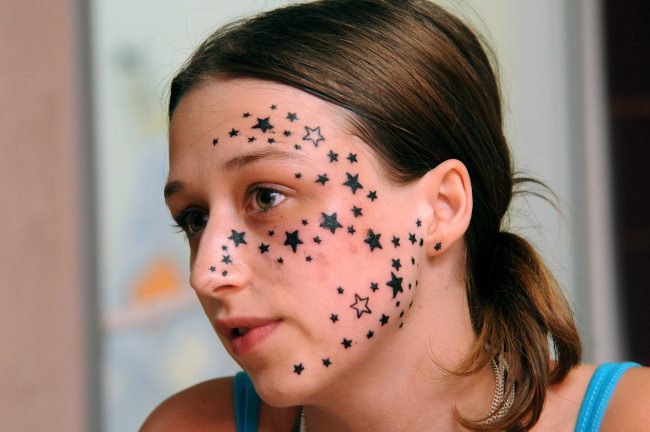 Say no to Strange tattoos on your bald head

If you are bald, you should think about growing some hair rather than making these strange tattoos. Most people do that, why shouldn’t you? There are some things you can try if the hair is not an option. I like hats, even taupe looks good on some people. This is not a good hair replacement… 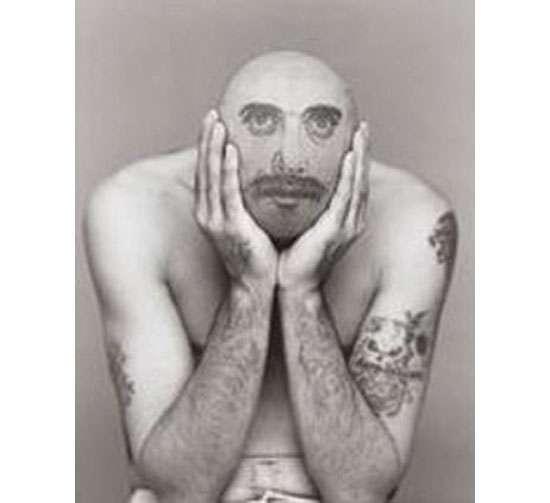 If you decided not to put the tattoo on your head, there are not that many mistakes you can make. Still, there are some guidelines.

Put something you like, but consider what other people will think if it turns out to be bizarre tattoos in the eyes of others. There are things people universally consider to be beautiful. There are many examples: flowers, harts, cute animals… There are always some differences in opinion, so a flaming horse can and don´t need to be attractive to everyone.

But if you and three other people are the only ones that like an idea of having something permanently inked on your skin, stop, think about it, and don´t do it! I understand that your daughter is little and cute, but her face is not something you should have on your skin. The reason why is located at the picture below. 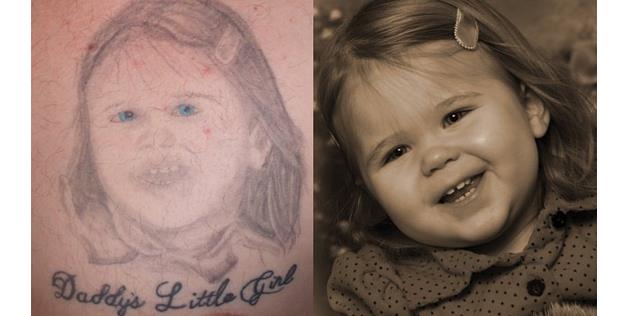 Putting some words on your back or on your hand is something most people that love and have tattoos consider common and most personal. Sign like that should be small with just a few words. Surely not these kind of bizarre tattoos! Names of your children, favorite quote, a line from a book or a song… Trust me, if you decide to put more than a couple of words with letters that are bigger than your face, you will make a mistake. 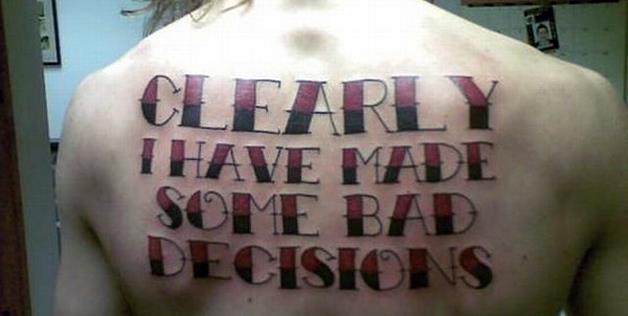 A small advice before thinking of weird tattoo ideas

There is one final advice before you think of  trying weird tattoo ideas. I know you have your favorite movie, book, actor… we all do, but you really don´t need them to be stuck with you forever. The movie fill come and go, the actors will too. Just imagine yourself falling in love with some new movie and having an old one tattooed on your leg like the strange tattoos done below in the picture. Would that be fair to the new movie? The only choice you would have is to tattoo the new one on the other leg and when would that end? You would either need to stop watching movies or stop having any natural skin left. 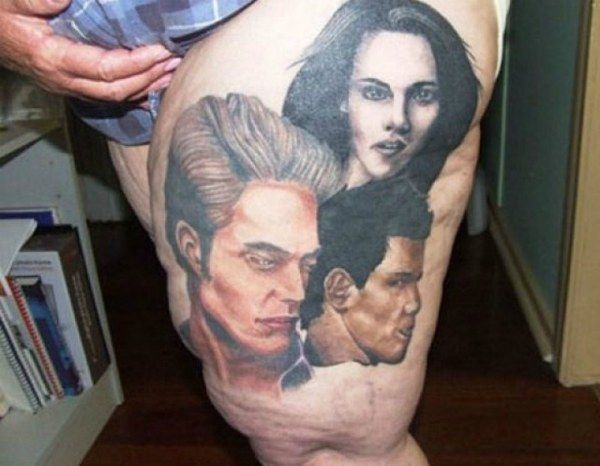 That is it all about strange tattoos. There are no more pictures left to show you. The only hope now is that someone will get drunk, get a really original idea and put it on itself as a permanent picture.  Just don´t let it be you.