Since the advent of cars, the car crashes came along with it. Getting a good car will not ensure your safety. It only depends on the driver. However, there are some car crashes that are bizarre and will make you think how one can park a car in that fashion. Here, we are presenting some of the most bizarre car crashes that will leave you wondering and make you laugh as well. 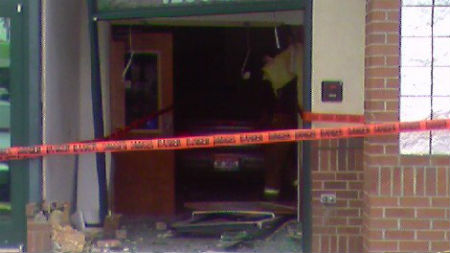 If you want to renew your driving license then the last thing that you shouldn’t do is to drive through the Licensing Office. In 2010, a driver left the home to renew his driving license. However, that day was not his lucky day. He directly crashed his car into the Department of Licensing office in Spokane Valley. The bizarre thing is that it was in the middle of the day around 1:00 pm and the sky was bright and clear. The investigating authorities confirmed that the driver was arriving to renew his license. While he was parking the car in a spot, he got messed up with the brake and gas paddle. As a result, the car flied through the DOL building. Almost 3 quarter of the car went inside the office. Now, that genius driver should forget about renewing license…… maybe forever. 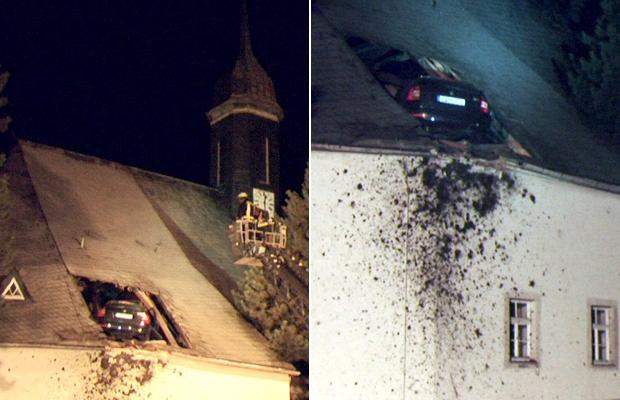 Whenever we hear the phrase “Flying Car”, the Sci-Fi related things start coming to our mind. However, a 23-year old driver made this happen in real life by crashing his car in a most weird and funny way. This accident took place in the outskirts of Chemnitz in Germany. The guy was driving the Skoda Octavia and racing towards the town center when he suddenly lost his control. The next moment, the car was found stuck in the roof of a Church which was almost 25 feet off the ground.

The investigators were also surprised by the nature of the car crash. They were not able to find a solid reason on how the car can fly around 30 meters in the air. The specifications of the car suggested that it has a top speed of 150 mph and can reach 0-60 mph in seven seconds.

It was looking more like a movie scene than a car accident. A car that misses a bend, manage to get an airborne and crashed halfway in the ceiling of a building. That driver must be a magician or maybe Hollywood should learn stunts from him. 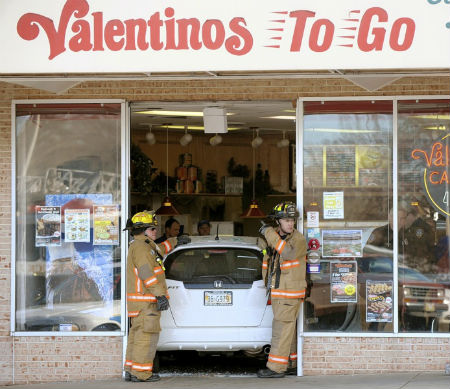 This world is filled with a lot of weird people. You will believe it too after reading this car crash story. In January 2013, an elderly man seamlessly drove into a pizza restaurant in Lincoln, USA. Luckily, his Honda Fit car was with the exact size to go through the door of the restaurant. The people in the restaurant were horrified and they called 911 for help. However, the elderly man was so calm and relaxed that he even ordered a pizza while sitting in the car. It must be the most strange pizza order that the restaurant would have witnessed. 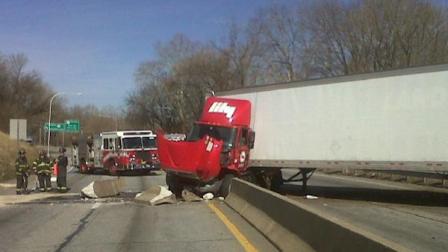 We have always heard that a car crash is a horrible thing to happen. Although, some car crashes are a blessing in disguise. A car crash like this saved the life of a 55-year old truck driver. In 2011, the truck driver was driving the rig west while eating an apple. Suddenly, a piece of apple stuck in his throat and he choked. He was fainting when the truck crashed into the concrete barrier near Lancaster Avenue. This crash smashed his chest against the steering wheel and the piece of apple was dislodged. Literally, this accident saved his life. The truck driver was treated for minor injuries and soon released from the hospital.