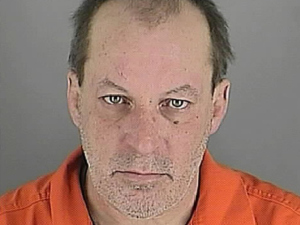 On June 20 police got a call from a man in a block at the Mounds View, Minn, that he got stabbed and was dying. After arriving at the scene police found a naked man laying in the grass in front of the building. The man, later identified as Gooler from Minneapolis, wasn´t the one that called the police. After regaining consciousness, Gooler told the police he fell from the third floor balcony. When the police entered the apartment, belonging to the mentioned balcony, they found the stabbed victim. They found a lot of blood and a bloody knife and scissors on the floor of the living room.

At the interrogation Gooler told the police that he meet the victim on a gay phone chat line. They meet once on June 17 and again on June 20. Gooler said that they drank a lot of vodka and that he blacked out and doesn´t remember what happened until he was awaken by the police in front of the building.

The doctors said that Gooler only sustained injuries from the fall and none from a sharp object that can be considered a stabbing wound.

The police discovered that Gooler was already sentenced to 18 months in prison for threatening someone with a knife. He also claimed to be in a blacked out state then.