Despite death being everyone’s last destination, many people still treat death as if it was a distant rumor. A lot of people want to die in their beds peacefully. However for some, that just doesn’t happen – instead, they get bizarre deaths. See below how weird and strange some people ‘got it’, at the last minute. 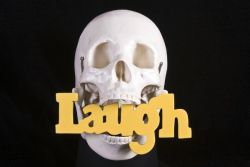 It’s not a laughing matter to die when you are laughing. Do not stop laughing because history accounts several deaths due to laughing. Some of the people who have died whilst laughing include, Mrsfitzeherbert who in 1782, when enjoying The Beggars Opera on a Wednesday evening, laughed uncontrollably and she was unable to stop. She left the theater laughing and she laughed till Friday morning when she died.

On 24 marches 1975, another victim lost his life due to the laughter induced death. It was Alex Mitchell. He was watching “kung Fu Kapers” episode of “the goodies”. Alex laughed for 25 minutes before collapsing on the sofa and he was no more. 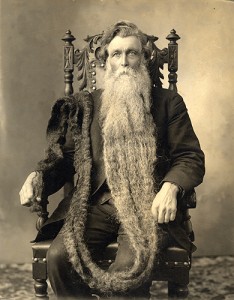 You may ask how a beard can lead to the death of someone. Good question. But once you get to understand that Hans Steininger had the longest beard in the world, you will probably figure out some ways. It is said that Hans beard measured 1.50 meters. It is also said that one day Hans accidentally stepped on it and it tripped him, leading to hans losing balance and falling. He broke his neck and is said to have died instantly.

This happened to U.S congressman Clement Vallandigham, who accidentally shot himself in the court. In the head. Clement was defending a murder suspect in court at the time of his death. In his argument, he argued that the victim could have accidentally shot himself while drawing his gun. Clement promptly proceeded to demonstrate to the court room how this could have happened and drew a gun he believed was unloaded. But Alas! He shot himself and died. But eventually he won the case, though he was dead at the time the judgment was announced. 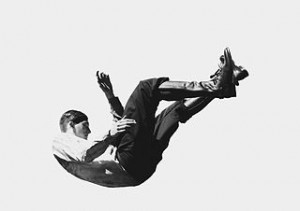 Another person who feel victim to a deadly demonstration was 38-year-old Garry Hoy. Garry is said to have wanted to prove to his friends that the glass of the Toronto-Dominion center was unbreakable. So prove this he threw himself against the window. Sure enough the glass did not break but the window’s frame popped out and Garry fell to his death from the 24th floor. 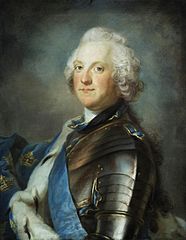 The pun goes, do you eat to live or live to eat? But none has ever tried to twist it so that you could eat to die. King Adolf Frederick died a bizarre death after a sumptuous meal. His meal included Caviar, Sauerkraut, Smoked herring and Champagne, lobster and a dessert of hot milk. After the meal the Swedish king suffered fatal ingestion problems that led to his demise